That time I met Jon Snow 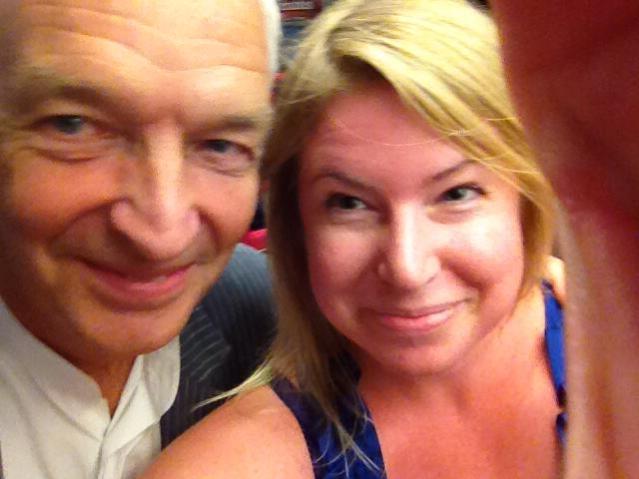 The other day I was on the train home after seeing To Kill A Mockingbird at Regent’s Park Open Air Theatre when I go chatting to news-reading legend Jon Snow.

I’ve started the story with that artsy reference so you won’t judge me too much when I say my friends and I were initially too busy talking about boys to clock who we’d plonked ourselves down next to in the carriage.

Jon Snow was trying to do some work on his laptop. I was asking my friends about the various merits of this random man I may or may not have a crush on.

Jon Snow guffawed at a few points, gave up trying to type, and tried to read a paper instead.

By this time, of course, I’d realised who we were sitting with. Still, he seemed to be entertained (sort off) so we carried on, loudly.

We then talked about art, with one of my friends saying she didn’t like Grayson Perry.

I said I’d seen his stuff at the British Museum a while back and ‘some of it was pretty good.’

At this point Jon Snow could hold back no longer. ‘Oh no, it’s not pretty good, it’s marvellous,’ he said, or words to that effect.

In case you’re interested, here’s what Jon Snow had to say when someone brought out the ‘all men are bastards’ line:

‘If only it were just bastardy. It’s also inadequacy.’

So basically I was sitting on a train, talking about bastards, with Jon Snow.

It was only when I got home I realised I’d missed a golden opportunity.

I should have asked to film a clip saying ‘you know nothing, Jon Snow’.